A few years ago, I was browsing an art gallery on Cape Cod and started to talk with the artist/proprietor of the gallery. I asked her if she knew any artists whose work had been used without their permission. She laughed and said she knew few artists who had NOT had images of their work stolen and used without their permission. She went on to tell me a harrowing tale of suing over one of her own works, which had been misappropriated, only to hear from a judge in court that she had no proof of copyright (even though he didn’t doubt her assertion that she had actually painted the work in question). The judge explained that without verifiable record of copyright, there was little she could do to assert her ownership rights and protect the use of her art. She felt violated, angry and helpless.

Sally McBride, an NYC-based artist and CultureTech employee, creates themed watercolor alphabet prints for children, as well as customized name/monogram prints based on these letters. She makes sure the Alphabets are copyright-protected so the value of her idea is protected and her business, The Letter Nest, remains viable.

Recently, artists in Europe got some help with the European Parliament’s adoption of a copyright law that requires technology platforms to sign licensing agreements with musicians, authors and news publishers in order to post their work online. The law will require companies to remove copyright protected work from their websites vs. waiting for complaints, like the one from the artist on Cape Cod, to come. This move has been decried by the large technology companies on the basis that it will result in ‘censorship and limit the sharing of information.’ (NY Times, 3/26/2019) Nothing could be further from the truth.

In the journalistic coverage of this new law, most of the attention has been focussed on the positive impact on big publishers and media companies vs. the negative impact on technology giants.  Very little attention is being paid to the creators. This is too bad.

The truth is, thousands of known artists and millions of largely unknown artists struggle in the digital era to easily protect their rights; especially in the arena of art and music.

Copyright law exists to protect creators; it’s not about big companies getting bigger, or taking each other on. Or at least it shouldn’t be. The concept of copyright originated in Great Britain with the Statute of Anne (named for the Queen) in 1710, and initially only applied to the copying of books.  Over time, it got extended to protect performances, paintings, photographs, sound recordings and more recently, computer programs. What is the basis of intent for copyright law? To encourage creativity in society. If creators can receive legal protection of their work for a time, it will support their work. The duration of this protection varies by country.  And the intent is also to insure that after that time is up, the work can be released for public use, adaptation, re-mixing, to also encourage creativity in society. This is a finely balanced rule of law designed to enable and accelerate creativity.

The European Parliament should be congratulated not for helping quell an escalating struggle between big powerful companies, but rather for lifting up and giving needed voice to creators everywhere who are the real heroes in our collective efforts as a society to tell our stories, inspire each other and push the bounds of creativity. By enabling the creators, these legislators are hardly acting to constrain, they are acting to unleash creativity, as the law intended. Thanks go to them for helping to open up art. 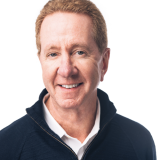 Next Post: Why We Can Continue to Trust Museums »

Stay in the loop

We’ll update you on exciting developments

If you work with IP management, we can help you and your organization automate many of your daily tasks.